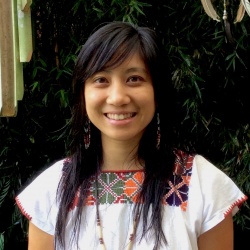 She has helped provide legal frameworks for transboundary parks for peace, developed a service-learning expedition in Parque Internacional La Amistad, co-directed/produced a documentary film for "Transcending Boundaries," consulted on cross-border and community conservation initiatives, published, and passed resolutions on the environment, peace and conflict at IUCN and WILD Congresses. She represented a Small Island Developing State (Union of Comoros) at the UN General Assembly on climate change issues and received a Fulbright to Uganda in 2010-2011.

Elaine completed her PhD in Resource Management & Environmental Studies at the University of British Columbia's (UBC) Institute for Resources, Environment and Sustainability (IRES) and holds a JD and LLM in International and Environmental Law from Pace Law School, where she remains a Fellow, Specializing in Protected Areas at the Pace Center for Environmental Legal Studies.  She currently Co-Chairs the IUCN CEESP Theme on Environment and Peace and is an Honourary Member of the ICCA Consortium.